Huge congratulations to Andy French who succesfully ran the London Marathon for our charity.  Thanks also to everyone who got behind him and aided him on his way.  Andy is the uncle of one of our CHI superheroes, Zach.  To read more of Zach's story and sponsor Andy please click here

We would like to say thank you to Lori for organising a surprise for our marathon runner Andy French. Lori and Karen with the kind help and support of Morrisons in Abergavenny, set up a exercise bike instore to complete their very own marathon!! Helped along by fellow Morrisons colleague Brian and Andy's family who rushed along to the store to join in!!

A big thank you to Lori, Karen and Morrisons for making this event happen 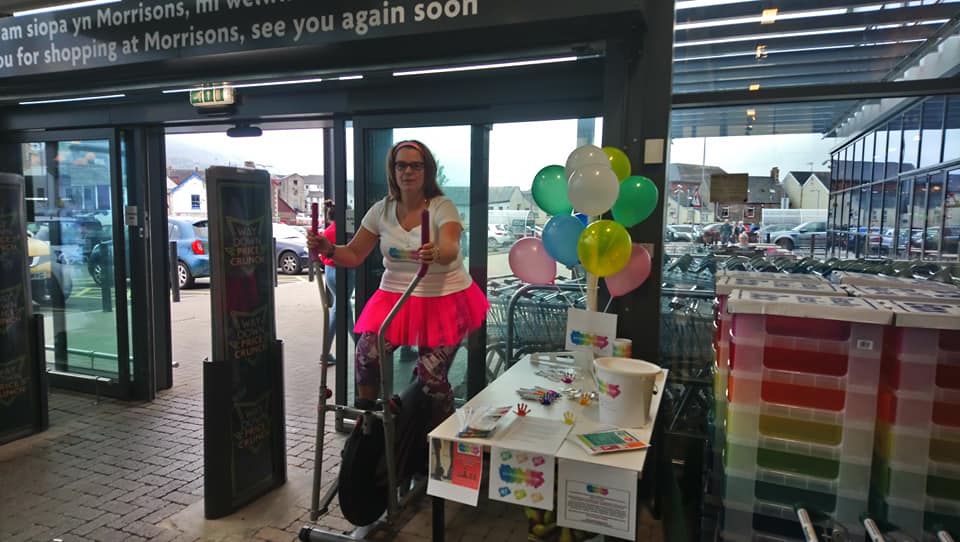 Thank you to Stefan and Sam who ran the New Forest Marathon for our charity last month, what an achievement.  Stefan's superhero niece has hyperinsulinism.  Stefan and his girlfiend Sam decided to take on the challenge and they absolutely smashed it.  Thank you very much.  If you would like to donate the just giving page is still open, please click here 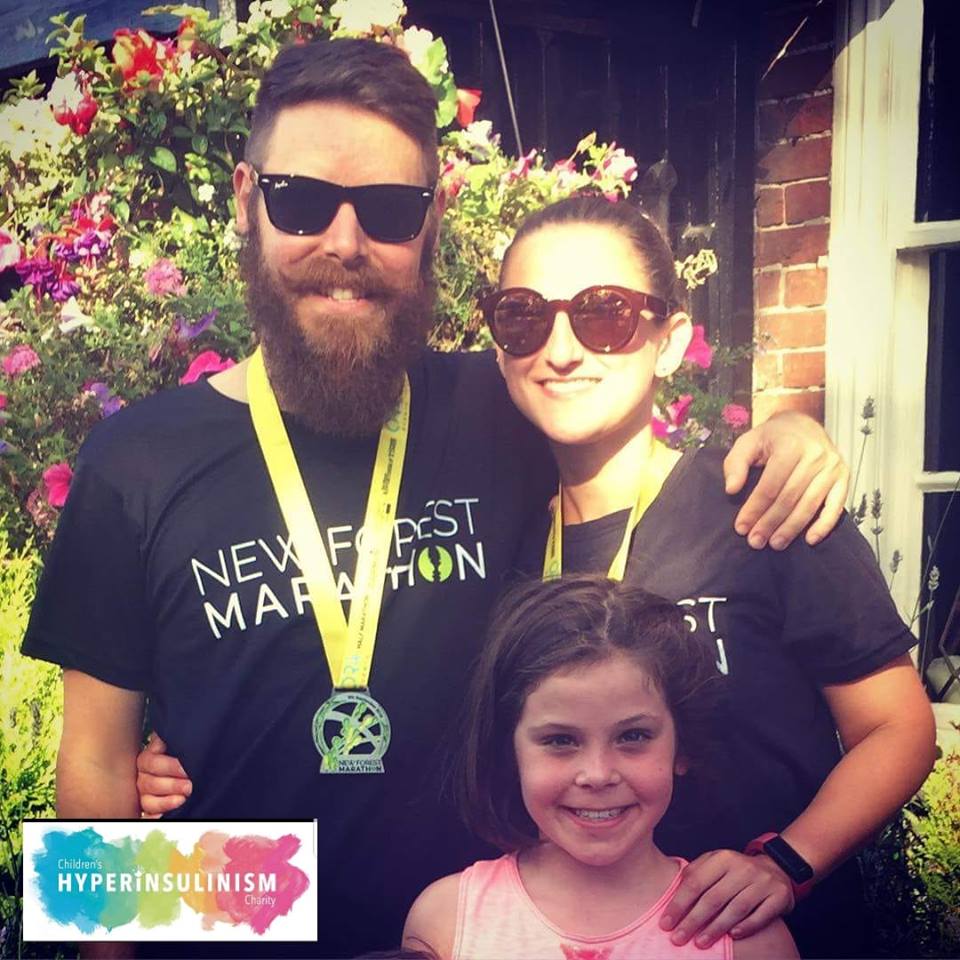 Logan's Golf Day Event was inspired by one unbelievably brave, courageous and determined little boy Logan. Who with the love and support of family, companies, sponsors and friends, raised a fantastic amount for The Children's Hyperinsulinism Charity and Great Ormond Street Children's Charity.

We wish to thank each and every person who donated and supported Logan's Golf Day event and to a very special CHI family Sarah, John and Megan for making this happen. 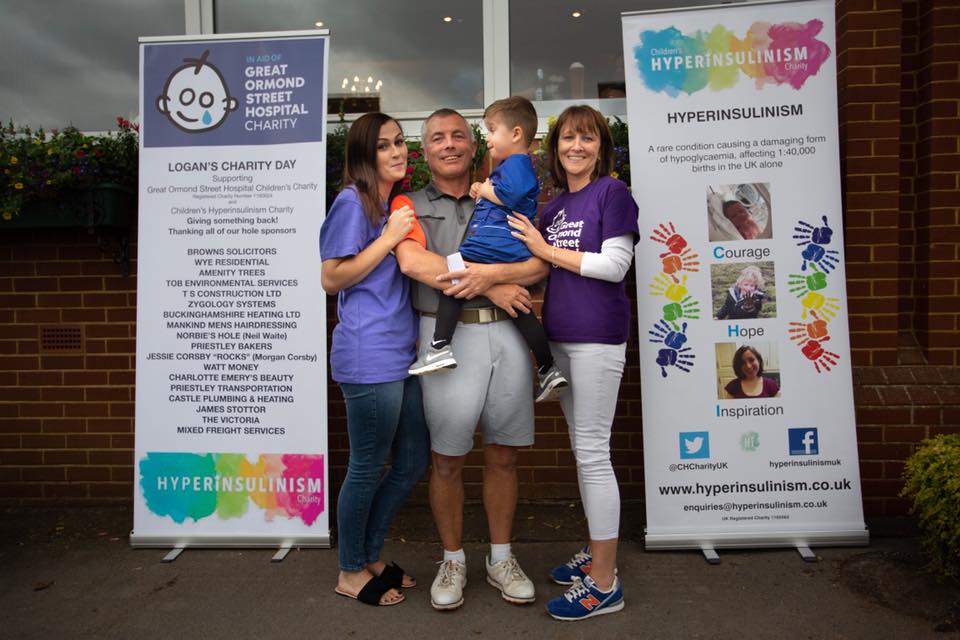 Waitrose and our treasurer

Our very own treasurer, Bridget Burton whose granddaughter has diabetes due to her pancreas being removed 17 years ago having been born with CHI, took the opportunity of putting our charity forward to raise some funds in their Bromley store.  Bridget was presented with a cheque for £428, how fantastic is that for just one month of collecting. 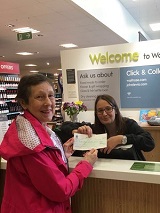 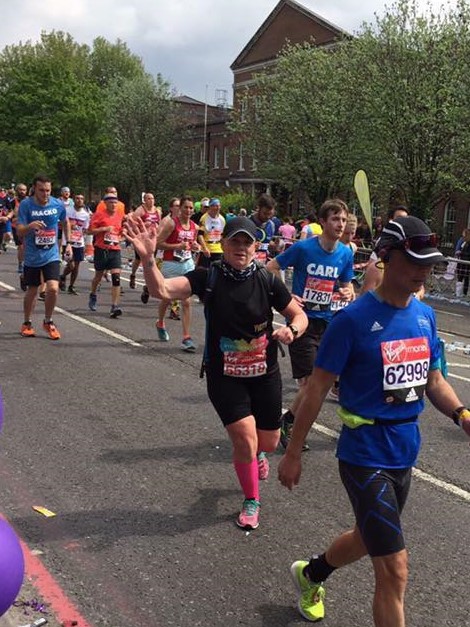 We applied for a place and we were granted it.  On Sunday 23 April 2017 Yvette Burton ran

and completed the London Marathon in the fantastic time of 4 hours and 2 1/2 minutes.

This was a personal best for Yvette.  Congratulations Yvette

Thank you very much from all of the HI family.

Thank you to the Rolfe Family

Dave and Penny Rolfe have been busy fundraising in 2016.    Their daughter, Melissa has CHI and they have raised a fantastic amount which they have divided between ourselves and Great Ormond Street Hospital where their daughter is treated.  We are extremely grateful to the family as these funds will go towards our upcoming conference in June 2017 for all families in the UK, Ireland and Northern Ireland. 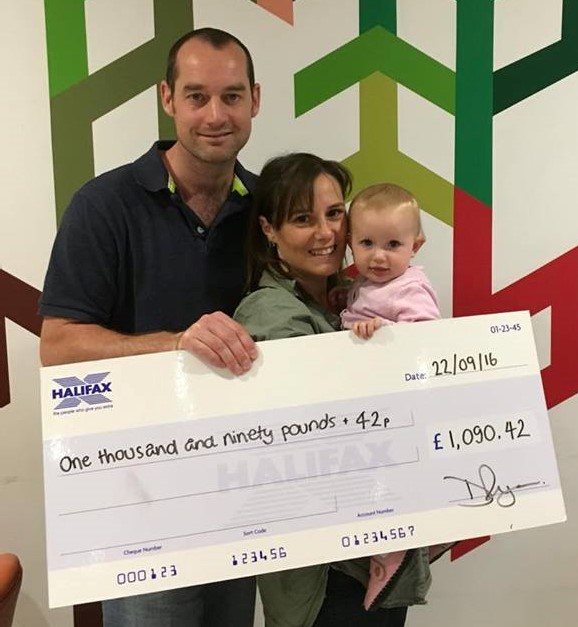 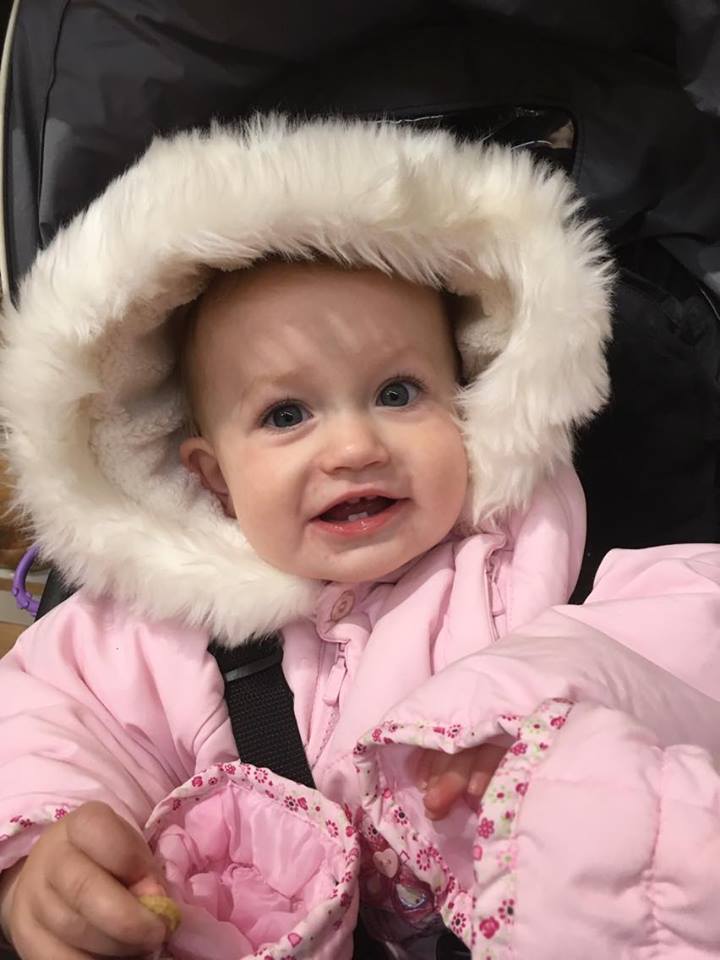 St Peter's CE Primary School
The school council at St Peters CE Primary School raised some funds that they decided they would like to donate to our charity.  Amanda Dean and her son, William, who has CHI went along to the school.  Amanda's oldest son, James, attends St Peter's and Amanda, James and William were presented with the donation.  Amanda and James told the school assembly a little bit about CHI and presented the school with our first ever thank you certificate. (July 2016)
Ryan's haircut for charity
Ryan Taylor decided to raise funds for the Children's Hypersinsulinism Charity in support of his school friend, Jessica, who was born with CHI. Ryan supported his friend throughout secondary school and helped her when she needed it and raised a whopping £300 having his head shaved.   Ryan is a CHI hero.