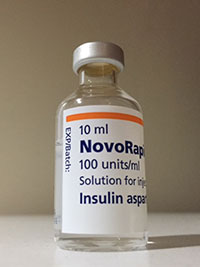 The mechanisms involved in the release of insulin are quite complicated:

The key thing here is that insulin should only be released if glucose is entering the cell (step 1).  There are a number of reasons why insulin might be released when glucose has not entered.  Some of those are unknown and others can be explained by genetics.  The reason for the insulin release will determine the medication that works for the child.